Bilic set for talks with winger 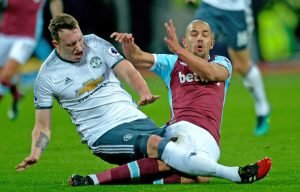 Sofiane Feghouli’s West Ham future remains very much in the balance as Slaven Bilic considers his forward options over the summer.

Bilic is still not entirely convinced that – despite a fine game against Burnley – the Algerian has the speed or level of consistency he requires.

There is the added issue of knowing that the winger midfielder is probably the only player on the squad who would command a decent fee – thought to be in the region of £7-£8 million.

Roma continues to be interested but Bilic will hold talks with the player ahead of making a decision after a season in which so many disappointed.

A ClaretandHugh poll on the issue showed that a majority of fans (over 70 per cent ) believed the club should hold on to the 27 year old. Feghouli revealed there was interest in him during the winter transfer market but the club was keen to keep him on board at that time but he revealed he was ready for talks with the manager.

8 comments on “Bilic set for talks with winger”