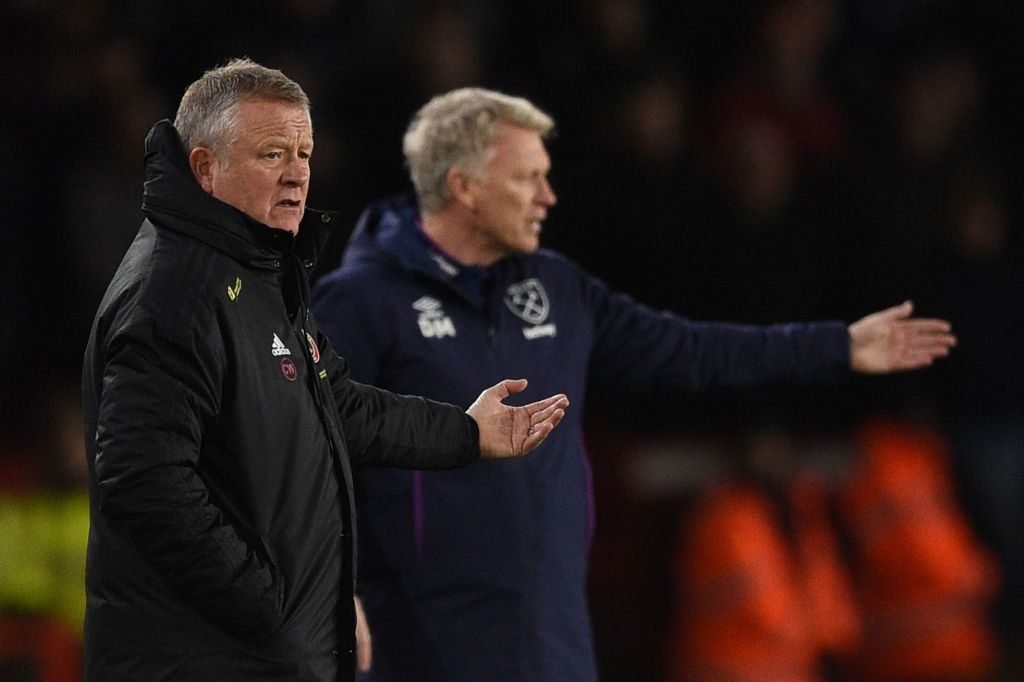 West Ham first played Sheffield United on New Years Day in 1924, that game finished in a 2-0 away win in the old division one.

Since then the Hammers have won 30 games against the Blades, drawn 21 and lost 38 matches.

Sheffield United have won all three of their Premier League home games against West Ham at Bramall Lane.

Sheffield United are only the fifth team in Premier League history to have a solitary point after eight games of a season. Only in 1990-91 have the Blades ever failed to win any of their first nine league fixtures.

The Blades could equal the club Premier League record on Sunday of 12 matches without a win, set from August to November 1993.

The Blades have the biggest negative difference between expected goals (7.7) and goals scored (4) in the Premier League this season.

West Ham are unbeaten in their past 11 Premier League games against sides starting the day bottom of the table.

Moyes is winless in all four league away matches as a manager against Sheffield United (D2, L2).

Michael Antonio has scored eight goals in his past six Premier League away appearances.

West Ham are the 6/5 favourites for the win with the draw and a Sheffield United home win 5/2.