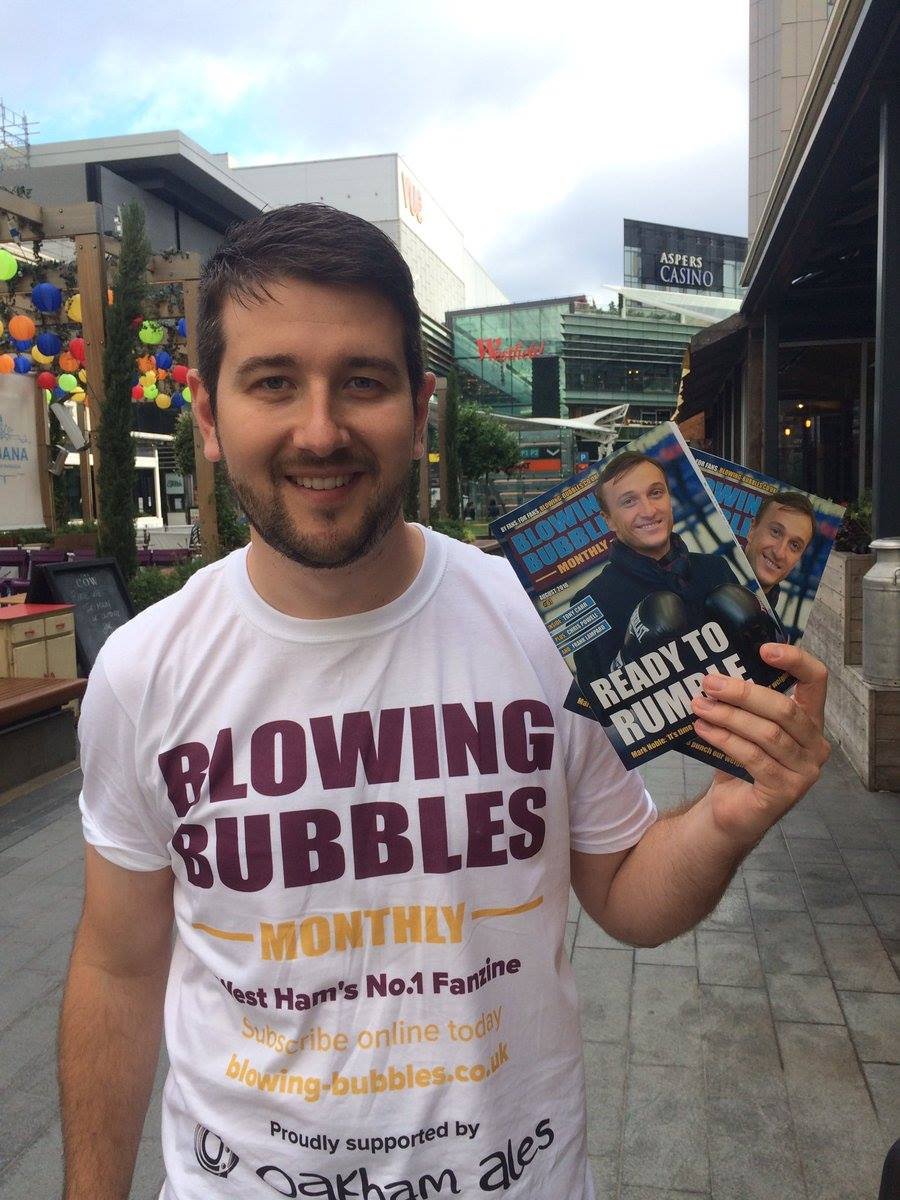 Dave Blackmore with a previous edition of Blowing Bubbles

Form is temporary, but class is permanent, and for the last 18 years at West Ham, Mark Noble has been a class act.

Since his debut in August 2004, the player, known as Mr West Ham, has been part of the furniture at first the Boleyn Ground and now the London Stadium, a regular fixture on the team sheet through the highs and lows that make up the never dull life of being a West Ham fan.

His retirement at the end of last season, after 550 games, rounded off a career spent entirely with his hometown club, except for two brief loan spells at the start of his career.

One of the last of an increasingly rare-breed of one-club men, Noble is an iconic figure to West Ham fans, who have seen him as one of their own, a fan living the dream by playing for the team he loves.

He has also won admirers further afield for his dedication, professionalism and character, at the heart of the team on the pitch, and the wider club community off it.

Mark Noble will go down in West Ham history as one of the club’s finest and most loved players, and the hole he leaves in the team and the club will be huge.

Such a player and such a career deserves a special send-off, which is why West Ham’s biggest and longest-running fanzine, Blowing Bubbles, is producing a special edition to celebrate Mark Noble this summer, which coincides with the magazine marking its own 10th anniversary.

This one-of-a-kind commemorative issue for a one-of-a-kind player will be printed at the start of July but pre-orders are being taken now.

Blowing Bubbles, which has been going for 125 issues, is available in hard copy and digital format and is edited by journalist David Blackmore, who founded it in August 2012.

“We started our long goodbye to Mark Noble from the first issue after he announced his decision to stop playing for West Ham and we’ve published articles covering every aspect of his career in claret and blue this campaign,” he said.  “This extraordinary issue is a culmination of our farewell to arguably the last of this dying breed.”

Secure your copy of this Mark Noble special here > https://blowing-bubbles.co.uk/product/mark-noble-special-125/

Hammers fans in the UK, Europe and around the world can secure a hard copy and digital subscription here > https://blowing-bubbles.co.uk/subscriptions/