Bobby Moore on the Big Screen

Posted by Sean Whetstone on September 3, 2014 in News 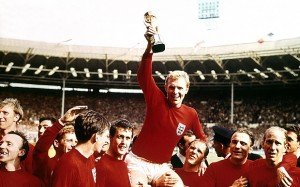 The Telegraph revealed today that a feature-length film about the life of the late, great Bobby Moore will be released in the summer of 2016 to coincide with the 50th anniversary of England’s World Cup glory in 1966.

The film-makers, Timeless Films, say that “archive footage of Moore’s life and times will blend with interviews, old and new, and the real stories behind Moore’s footballing glory; his battles with two bouts of cancer; the facts that led to false accusations about a stolen bracelet and the failure to give a home-grown hero anything like the respect he deserved in later life”.

The film has been co-written by West Ham fan and TV presenter Matt Lorenzo, who will also help produce it.  Lorenzo told the Telegraph “He was a kind, humble man who always had time for people, I can’t think of any greater hero in our national game. To have known him personally only deepens my admiration. His was a life touched with glory, struggle, tremendous challenges and, towards the end, ill-deserved disappointment.”

A percentage of the film’s profits, and also the proceeds from the premiere, will go towards the Bobby Moore Fund for Cancer Research UK.