Bojinov for Irons – THE TRUTH 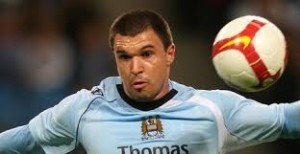 Reports that former Manchester City and Fiorentina striker Valeri Bojinov is discussing  a free transfer to West Ham are more than a little premature.

National newspaper reports that the Levski Sofia striker is on his way to the club broke over the last few days with the news last night that he was now in London.

However, ClaretandHugh has learned that the  28 year old is simply being given a trial at this stage and that talks on a deal have not been held.

Levski sporting director Georgi Ivanov fueled the belief that a deal was in prospect when he told Bulgarian national radio: ’We had to let him go because we have an agreement.

“I allowed him to travel to England because I am contractually required to do so.”

However, a well placed Hammers source told ClaretandHugh exclusively: “One or two media outlets appear to have got a little bit ahead of themselves.

“It’s far too early to tell whether we will be offering him any kind of deal –  we are just giving him a trial. “