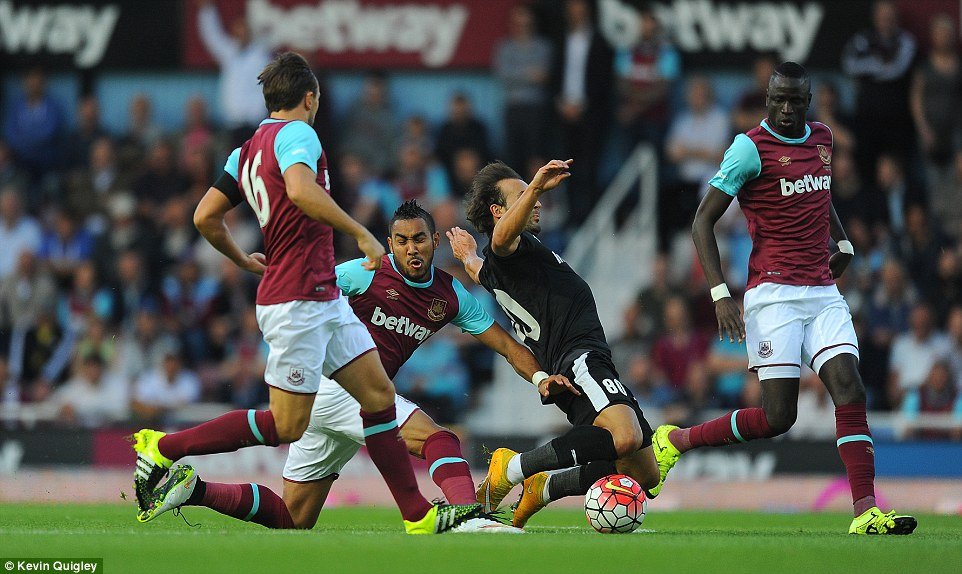 Dimitri Payet has fallen in love with the Boleyn.

The exciting Frenchman turned on the style last night with a great assist for Enner Valencia’s goal and a fine all round performance on his UP debut.

And afterwards he told West Ham TV: ““I was expecting a special atmosphere and it’s truly an English stadium, as they say, with a great atmosphere. Honestly, it was a great pleasure to have started here and I am very happy.

“It’s my third match, I’m still short of a bit of rhythm, a bit of sharpness, but that’s going to come. It’s good, but you must always do better.”

Like ClaretandHugh blogger and former Irons striking legend, Frank McAvennie, Dimi refuses to write off the second leg given the team’s supremacy before being reduced to ten men against Astra.

He said: “The positive is that before the sending off we had the game in our hands. The red card weakened us and allowed them to grow in confidence and we finish with a 2-2.

“It’s always complicated with ten men. What we have to remember, beyond this game, is that until the red card we were controlling the opposition with two goals scored, so we have to hold onto that.

“At 2-0 at home, we weren’t put in any danger up until that point. It [the red card] woke them up and it weakened us.

“It’s certainly going to be difficult, we’re playing away from home, but we’ll be all square numerically. It’s down to us to do as we did here, to impose our game and to do what we must to qualify.”

One comment on “Boleyn already very special for Payet”