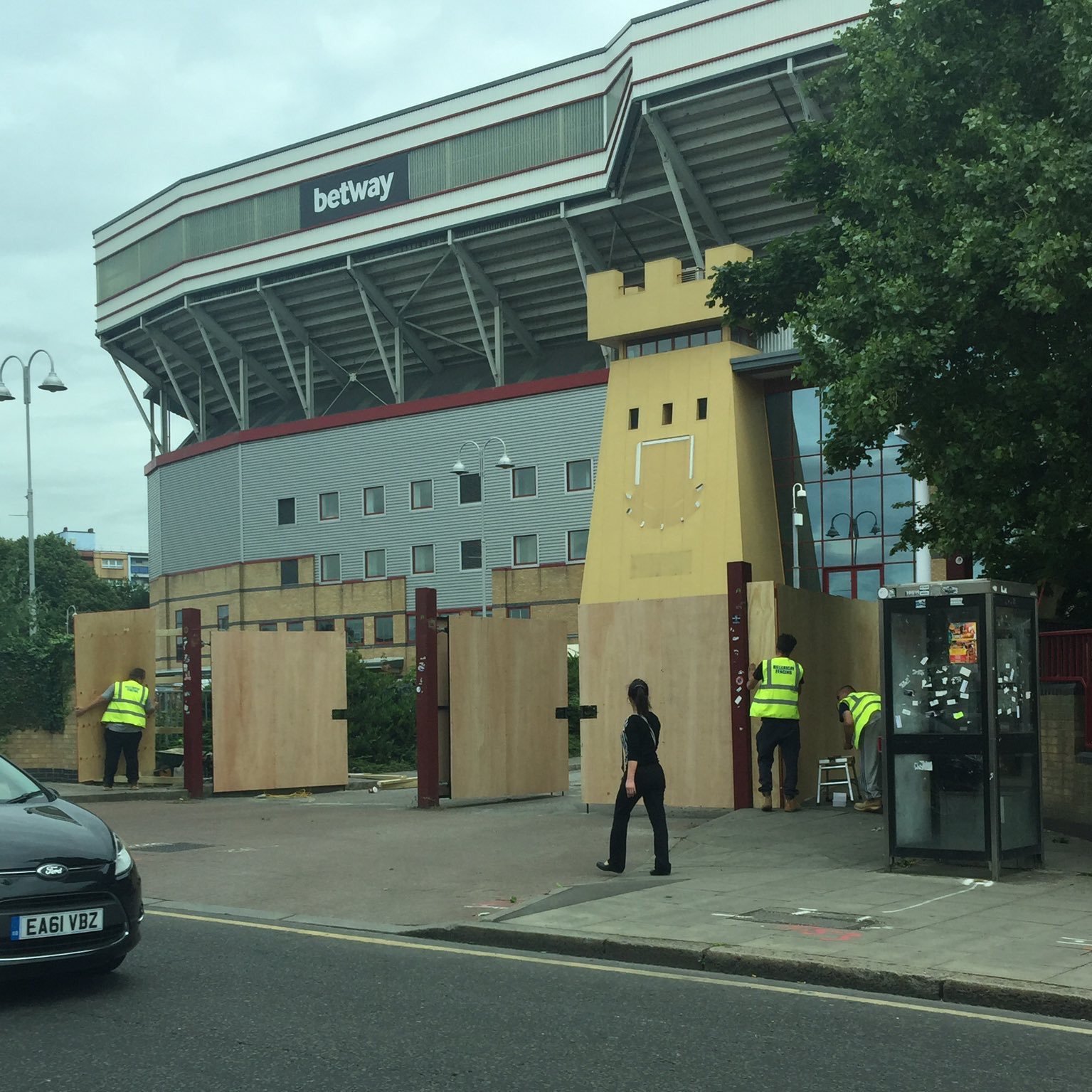 We knew this day would come. The Boleyn Ground is in the process of being boarded up today as access to the public to the Green Street site is restricted as it was handed over to developers at midday today.

Supporters were told to pick up their £50 seats by yesterday or face losing them as the 112 year history of the stadium comes to an end. The last West Ham staff in the stadium relocated to the former Olympic Stadium earlier this week leaving the Boleyn Ground as a ghost building.

The site has been officially handed over to joint developers Barratt London and Galliard Homes.

The new Boleyn development will include a mix of 842 one, two, three and four bedroom properties and incorporates 211 affordable homes including 125 at affordable rent and 84 available for shared ownership. Room for a neighbourhood centre and flexible commercial units will be included in the design with the whole development expected to be completed by Spring 2022.