Bonzo honoured at the Olympic Stadium 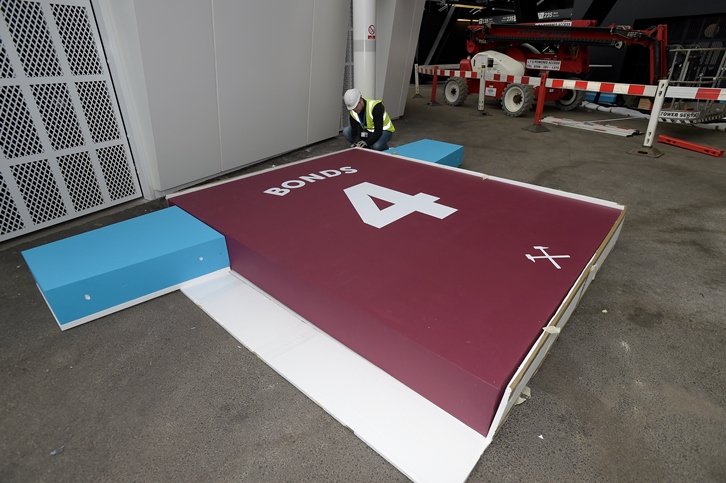 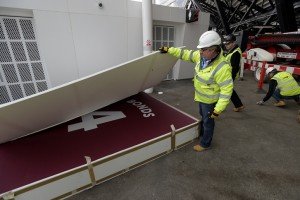 West Ham legend Billy Bonds has been honoured at the Olympic Stadium with his  shirt is the first to go up at the stadium as the ‘WestHamification’ of their new home continues.

WHUFC.com revealed yesterday  “On Wednesday, the construction team set about installing a prototype model of the shirt, this one in honour of West Ham’s all-time record appearance holder, the legendary Billy Bonds.”

“The imposing shirt measures some four metres across and preparatory work is to continue throughout Wednesday. It is then expected to be lifted into place on Thursday, ahead of a comprehensive 48-hour window of testing.”

Two of the stands at the stadium at Queen Elizabeth Olympic Park will be named after Bobby Moore and Sir Trevor Brooking mimicking stand names already at the Boleyn Ground. Bonds also missed out when the hospitality suites were named the BM6 Lounge, the Arnold Hills, the Royal East, the Forge Lounge, the Great Briton,  the Academy bar and the Boleyn Bar

However the club is keen to make up for past misdemeanors of their 799 record appearance hero.

Last month the club revealed Legends stones are set to take centre stage in the new Champions Place outside the new Stadium on Queen Elizabeth Olympic Park.    Long-serving legends Billy Bonds and Sir Trevor Brooking, who boast a remarkable nine Hammer of the Year accolades between them, will rightfully be celebrated in Champions Place too , he club revealed.
Permalink

4 comments on “Bonzo honoured at the Olympic Stadium”