Posted by Sean Whetstone on July 31, 2017 in Videos, Whispers 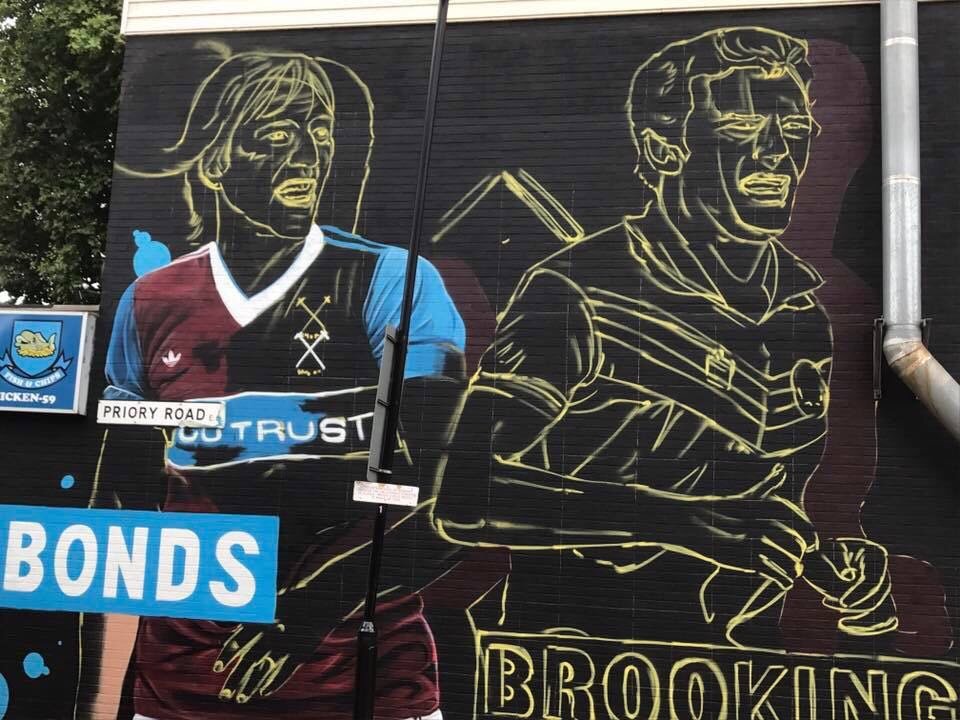 A new West Ham mural is the process of being created on the corner Priory and Barking road in the shadow of the nearly demolished Boleyn Ground.

The mural depicts loyal Hammers servants  Billy Bonds and Trevor Brooking on the side wall of the Fish and Chip shop along the Barking road.

When Claret and Hugh put a call into Newham Council press office they were known the wiser although they promised they would look into it and get back to us. The club was also in dark as to the creator and funding of this mural.  The works are being professionally undertaken using an extendable platform and cordons around the area so a street artist seems unlikely unless it is Banksy himself of course.

← Bilic: “I don’t expect any more ‘exciting’ signings”
Do you want Sakho back? The fans respond →
Click Here for Comments >

4 comments on “Bonzo and Brooking honoured in West Ham mural”