Boost for Irons ahead of Everton game 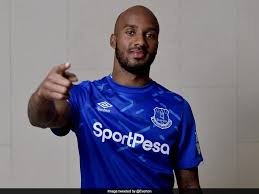 The Hammers have been boosted by the news that Marco Silva has a big injury issue as the 18th placed team go into Goodison Park action against us tomorrow.

Whilst the Hammers have a virtually injury free squad, the Everton boss will be wrestling with selection problems seemingly up until an hour before kick off.

The Hammers will be looking to win for the second successive season after scoring their first victory of the 2018/19 campaign.

And Silva has ruled out influential midfielder Fabian Delph leaving him with some difficult midfield options to juggle.

Delph was forced to withdraw from the England squad during the recent international break after picking up a hamstring injury in Everton’s recent Premier League loss against Burnley.

Now he will miss the match on Saturday as Silva looks for a victory after his recent poor run of results which has left The Toffees in all sorts of bother.

JP Gbamin is also on the sidelines extended after undergoing surgery, leaving the Everton boss in real trouble across midfield.

While Andre Gomes will surely start, Silva will have to pick between Morgan Schneiderlin and Tom Davies to partner the summer signing, while he could also elect to field Gylfi Sigurdsson in a deeper position.

One comment on “Boost for Irons ahead of Everton game”