Bowen blasting his way back 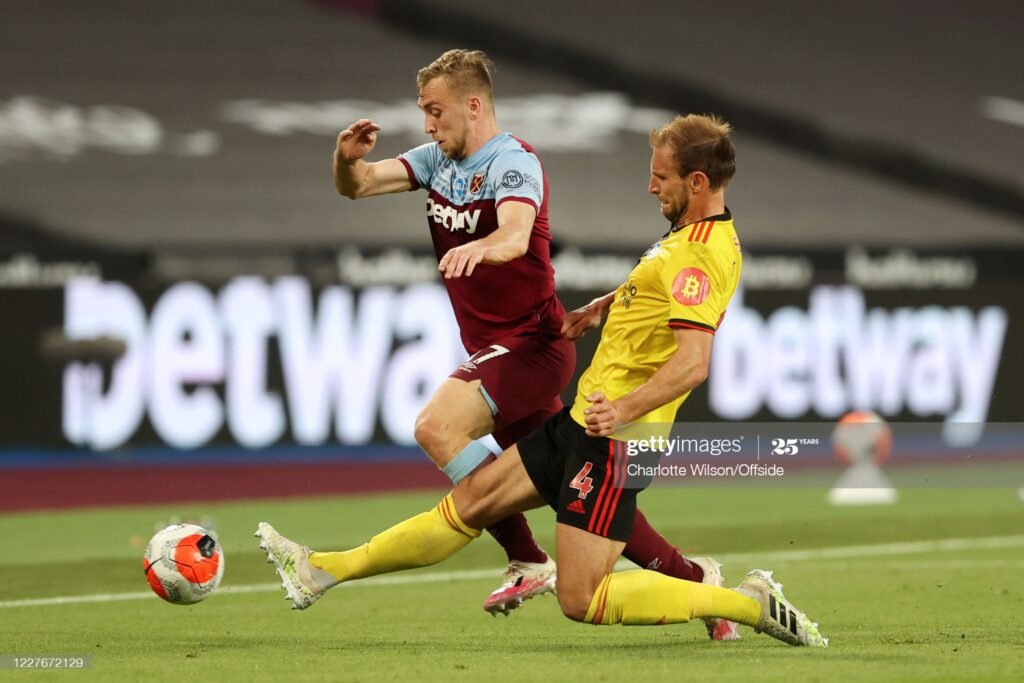 Jarrod Bowen has admitted recently that his form has not been good enough.

He isn’t a guy who needs to read social media comments to realise what’s happening in his game.

And he was quick to make it clear after the Manchester United game that he was less than content with the way he had been been performing.

However, he appears to be putting those days behind him with his performance against Wolves, benefitting from a Jesse Lingard assist for his  seventh goal of the season when arriving as a sub for Mikey Antonio.

The former Hull striker has been one of the club’s high energy players since arriving and hailed as a top signing by many fans and pundits.

And speaking to West Ham Tv he said: “Every time I play, I always give 110 per cent.  “I Obviously wasn’t in the starting XI but I was always ready for whenever my chance was going to come.

“Unfortunately Mick picked up a knock, these things happen, and I just had to do a quick warm-up and get on the pitch and two minutes later the ball was in the back of the net, so it’s all about being ready and I’m always ready to give my all.

“After the Man United game, I said I was disappointed with my recent performances but, since that game, I feel I’m getting my spark back and scoring against Arsenal and scoring on Monday night as well are massive for my confidence.

“These things happen as a player. I’m obviously still new to the Premier League – I don’t want to use that as an excuse but even the manager has told me that sometimes it happens – but it’s all about mindset, focusing on yourself and what you’re good and keeping doing the right things.

“I prepared well even, though I knew I wasn’t playing from the start at Wolves, and I’m glad I took the chance when I got it.”

“We all want to stay at this level and where we’re at in the league right now. We’ve got eight games left and they’re all massive games for us to go out there and achieve something special.”

4 comments on “Bowen blasting his way back”