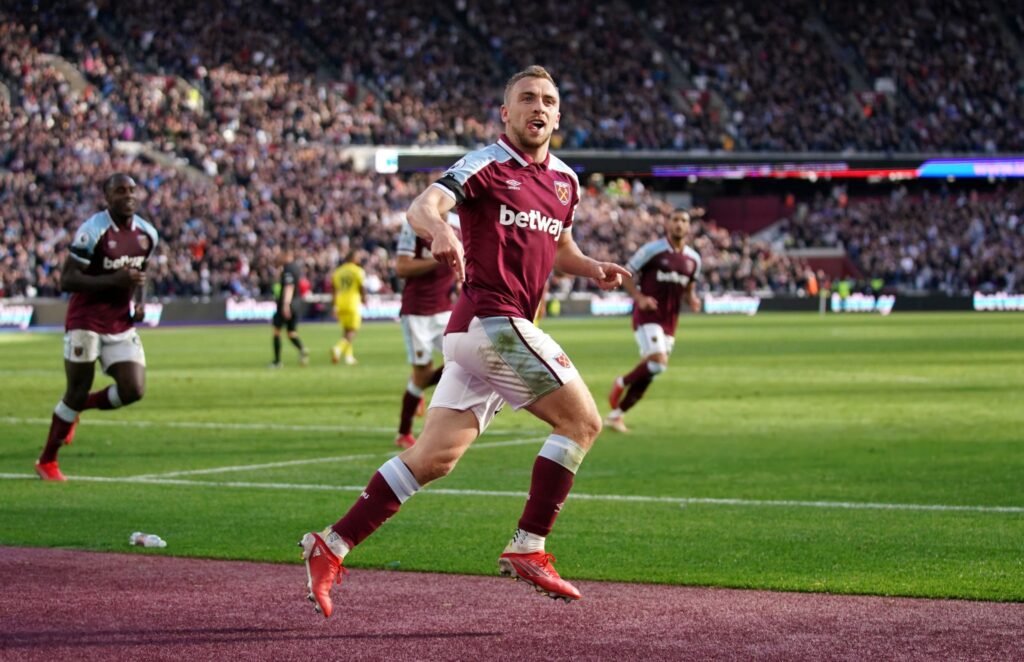 Jarrod Bowen has grown and grown since becoming a Hammer.

And he would have to be on every fans list as a serious contender for Hammer of the Year if he remains in the sort of form we have seen so far.

His energy levels, eye for goal and ability to become an obvious ‘out’ player when the pressure comes on are all tribute to the former Hull player.

That he should even be linked with – and get words of praise from the Liverpool manager – tells us all we need to know about the lad.

Unlike several of the squad he never appears tired despite playing a lot of football this season and no doubt he will be involved again in Viennna tomorrow night (Thurs).

He has been a top buy at just over £20 million and is clearly loving being involved at the top of the profession as he told www.whufc.com.

He said: “We’re enjoying being in Europe right now and a lot of players here haven’t experienced that before, me being one of them, so we’re loving every minute of it.

“It’s a competition we want to do very well in – we’re loving every competition we’re in. There’s a lot of football to be played, so we’re focused on where we are now and let’s see where we end up.”

“We went into the international break with six wins and a draw from seven games and that’s the form we’re aiming for. When you’re in that form you want games every three days to keep winning [and Thursday is a chance for us to bounce back].”