Posted by Dave Langton on October 30, 2022 in News, Whispers

Marcus Rashford scored the only goal of the game with a powerful header at the back post, getting on the end of a whipped Christian Eriksen cross and sending it beyond a flailing Lukasz Fabianski. 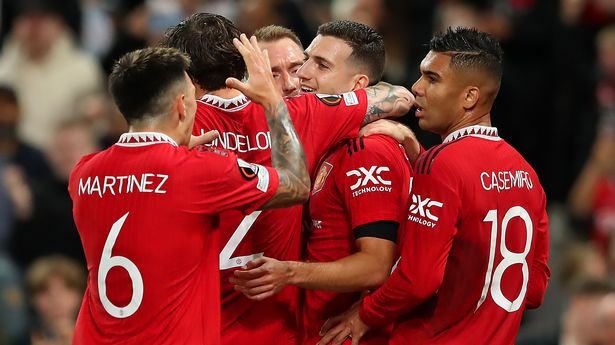 The Hammers were brilliant in the second period, creating multiple chances and only being denied by the absolute brilliance of David De Gea.

He denied Kurt Zouma, Mikey Antonio and, most amazingly, Declan Rice, as his long-range shot was somehow tipped around the post.

United were hanging on for dear life at the end of the game but were somehow able to keep the Hammers out, taking all three points and leaving the Irons with nothing.

Bowen, though, felt that he and his team-mates gave all they had; he even saw a shot from six yards out blocked by Harry Maguire in injury time.

Speaking after the game, as quoted by BBC Sport, the winger said: “Disappointed. On another day we get something from the game. David De Gea made some great saves, we had so many chances.

“Sometimes when your luck is not in, it’s not in. In the second half we really showed what we were about and we dominated and nobody would argue that we deserved a goal.

“Sometimes that happens in this league. The quality is so high and just one chance is all it takes. I though I had a good contact on shot and sometimes it goes past the defender’s legs and in but Harry [Maguire] got a good block on it. It’s a tough pill to swallow.

“We need to keep the momentum high and keep the performances going. Every performance since the international break has been an improvement and I think soon enough these narrow margins will end up going in our favour.”