Posted by Sean Whetstone on February 20, 2022 in News, Whispers 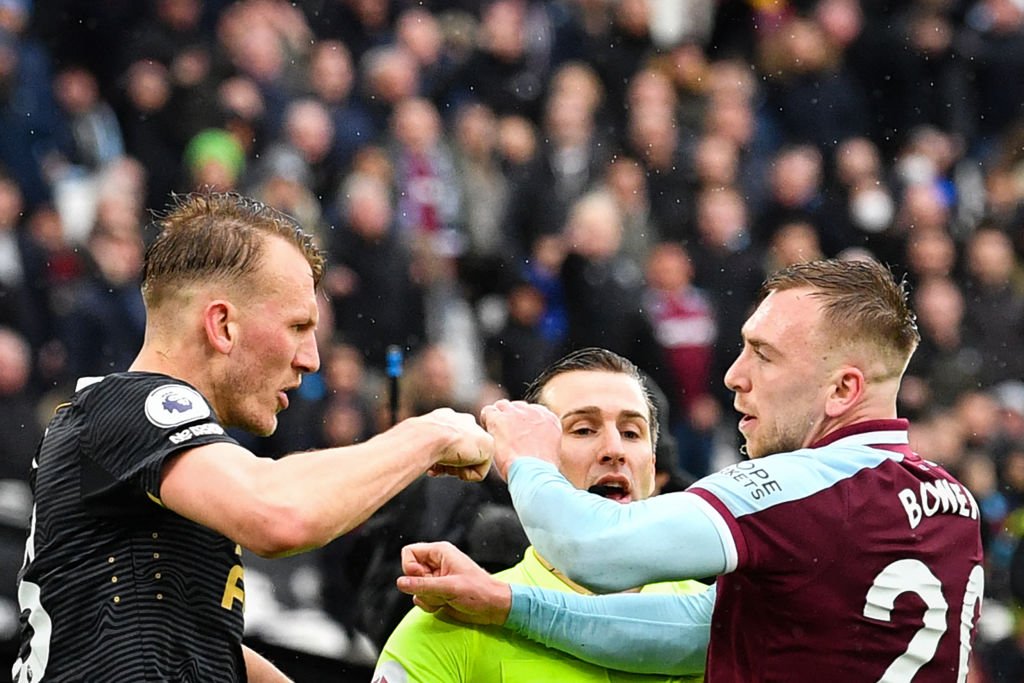 No, it is not another animal video featuring a West Ham player but Jarrod Bowen’s battle with Newcastle’s 6ft 7in giant defender Dan Burn.

Newcastle supporters fans were upset that the Hammers played on with one of their players down injured but he was off the field of play so the Irons had every right to carry on.

Bowen played on but the play was flagged by the lino as the ball went out but that didn’t stop the Magpie centre back from wiping out Bowen from behind in a reckless challenge that could have seriously injured the Hammer.

5 foot 9 Bowen was furious and went for Burn despite being 10 inches shorter, the 25-year-old West Ham was held back by the lino and fellow teammate Fabianski who raced to his aid as the Hammer squared up to Burn.

Bowen received a yellow card for his retaliation and perhaps Burn was lucky to only receive a yellow card too as we have seen reds given for less.