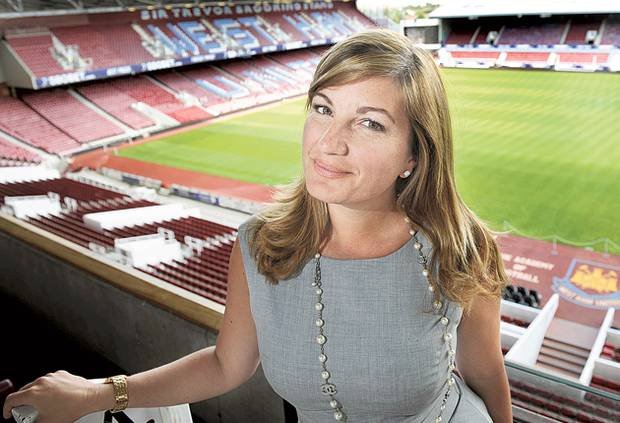 Karren Brady has made it as clear as possible that Spurs would not be allowed to groundshare the Olympic Stadium with the Irons.

Tottenham need a temporary home for the 2017-18 season because of delays to their new 58,000-seat stadium and there has been much speculation they could use the OS.

Brady has admitted it would be possible for another club to play in their new 54,000-seat stadium but rejected suggestions that the club would agree to any request from Tottenham.

The final decision rests with the LLDC, but  West Ham’s approval would be needed.

Brady said – at the launch of the new Club London: In reality they probably could – but only with our permission.

“No one has asked us for our permission and, if they did, we would probably say no, depending on who it is – if you get my drift.

“We are the anchor tenant for the winter matches and nothing else can happen in that time without our permission and our football matches take priority over everything else.”