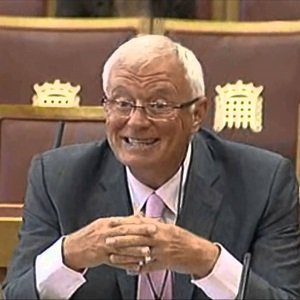 The pair go way back with their war of words over the London Stadium and the former fight promoter has come out of his corner to trade blows with the Hammers deputy chairman again.

And his remarks – laced with the usual sarcasm in her direction- once again take her to task for comments which in fairness many people are starting to share.

Hearn, however, has never appeared to see things in the same was as her and has taken a rather large pop although frankly we don’t think the personal remarks are necessary.

Brady must have thought she had heard the last of the criticism but had clearly forgotten the old adversary who came out jabbing with some ferocity.

Discussing her comments on the previously unheard of Unofficial Partner podcast he said: ‘Karren Brady was so wrong, it’s impossible to be wronger, if that’s even a word.’

‘You don’t start a new season until the old season is done. Otherwise you lose the credibility of the sport in the hearts and minds of the people who follow sport.

‘So Karren, bless her cotton socks, who’s a very bright young lady — well, very bright lady — got it totally wrong and should have kept her mouth shut.’

But he added:  ‘How can I tell someone to keep their mouth shut when I’ve made a living out of opening mine too often? So, I’m a hypocrite as well.’”

One comment on “Brady takes punches from old adversary”