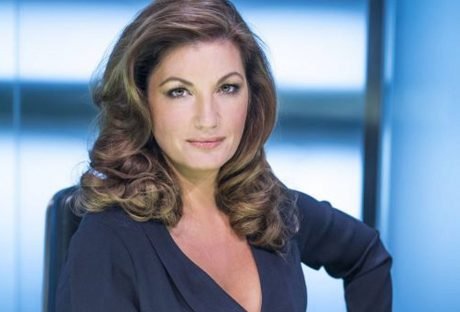 Brady tells Sun readers “The FA and the Premier League are in hand-to-hand combat as they consider exactly how to amend the current regulations on foreign players once Britain leaves the EU on January 1.

Roughly, they stand at the right of each club to include 17 foreign players. The question is how and why they qualify to work alongside the home-grown players in a 25-man squad. This may seem a fair compromise, except that Brexit will destroy the rights of EU members not to require visas.

In future they will and visas will not be particularly easy to acquire if a player isn’t in the highest categories, although it is regarded as some sort of consolation that the new system will simplify moves for non-Europeans. Did I write ‘simplify’? Sorry about that.

Buying footballers is going to become even more complicated – about as straightforward as crossing a minefield on a steamroller.

It would be, wouldn’t it, with the involvement of the Home Office, Brexit immigration, UEFA, FIFA, FA, 20 Prem clubs and Uncle Tom Cobley.

The part played by FA chairman Greg Clarke in Project Big Picture leaves him as wide open as an empty goal to criticism for anything and everything.

After all, it was him, Rick Parry and six Prem clubs who all played a part in attempting to consign the remaining 14 teams to bit-parts of the league.

But putting that to one side, the FA’s plan would unnecessarily increase the restrictions of a points-based system – and will not deliver a better England team.

It will, however, impact the Prem as other European leagues have no restrictions when recruiting overseas players. They can recruit talent earlier and at a reduced price.

And the FA’s preferred system would prevent the Prem from recruiting the best young high potential talent, while European clubs will be able to recruit our equivalent talent – for example, Borussia Dortmund signing Jude Bellingham.

Clarke makes these recommendations on the grounds that the England team would eventually benefit.

If, as is often charged, the Prem’s driving force is money then, equally, the FA assertion is from dreamland.

National team success is based on a small pool of high-quality players as opposed to having large volumes available.

The big five nations use on average 40 players each season in competitive and friendly matches. It is not about quantity, it is about quality.

England have won nothing since 1966, whether the squads were born-and-true subjects of the Queen or a mix of United Nations.

I would also add that the quality of squads has been improved by foreign managers, staff and players, the supply of skilled youngsters has grown impressively.

From Trent Alexander-Arnold through to Marcus Rashford, the prospects keep coming for Gareth Southgate.

As a result, the England team is successful and is young, ranked fourth in the world and with an average age of 24.9 years.

And let’s not forget that there were 238 English players appearing on the Prem pitch last season.

There are degrees of agreement between all sides, including the Government.

They like the prestige of the Premier League, recently classified as No 1 league in the world.

Most of all, they relish the income they receive from it in tax – £6BILLION at the last count.

And let’s face it, they need all the tax they can get their hands on these days.

But in this country, we can’t help fiddling with what works.

The 17-8 squad ratio operates well and so, give or take minor adjustments, does our football structure.

The football landscape between club and country has a good balance of quality and does not need intervention.

The Home Office gives ultimate authority over football to the governing body, the FA, although the Prem is known to impress ministers who understand that wealth and strength add up to a lot of negotiating muscle.

Which is why if there is no agreement with the FA, Prem chief executive Richard Masters’ alternative proposal will be given a worthy hearing in Westminster.

The truth, though, is that Brexit will win for better or worse.”

Claret and Hugh says: With the pandemic already having a massive financial impact on football, we need to be doing everything possible to protect the Premier League which is one of the UK’s biggest exports and earners for our economy.  If we want the Premier League to carry on being the best in the football world, we need simple immigration rules next year that allow English clubs to bring in the best available potential future talent. We have already had the threat of Project Big Picture and a European Super League, we don’t need more challenges and elite football should be made an exception by the Home office. It is time the Government, Premier League and FA were all on the same page on this and not leave it to the last minute like everything else. Let’s get this part of Brexit done as quickly as possible as one infamous person said 😉