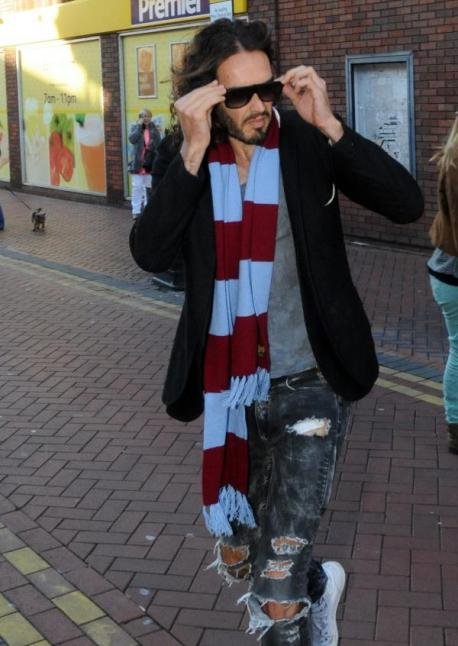 Irons fan Russell Brand has goaded Noel Gallagher who will be absent from Upton Park this lunchtime.

Brand is a big mate of the former Oasis star and will be watching the match with Blues fans as their teams clash at the Boleyn.

The comedian  is quoted in the manchester Evening News as saying: “It’s been a long time since I’ve been this confident going into a match against Man City and let me tell you, that’s not very confident, but I think it’s interesting that Noel Gallagher hasn’t got the balls to come to the game.”