Posted by Sean Whetstone on April 20, 2018 in News, Whispers 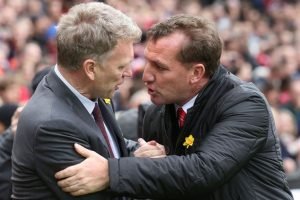 West Ham insiders have confirmed that rumours suggesting Celtic’s Brendan Rodgers could be swapping jobs with David Moyes are completely wide of the mark. The report suggested West Ham would not be renewing Moyes contract and would instead make a move for Rogers to replace him this summer.

Our club source said the report was wide speculation with no truth to it saying while there was some prior interest in Rogers before the appointment of David Moyes there was no manager waiting in the wings to replace the current manager. West Ham will sit down with Moyes at the normal end of season review meeting with the board when negotiations from both sides will take place for a contract extension for Moyes.

One comment on “Brendan Rodgers rumour wide of mark”