Bruce pledges ‘business as usual’ ahead of Irons 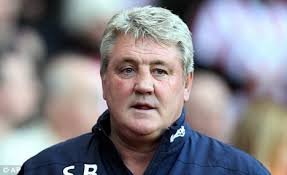 Hull City boss Steve Bruce has pledged it will business as usual on Monday night against West Ham despite Tigers owner Aseem Allam threatening to sell up.

Allam is locked into a row over wanting to change the club’s name with arbitration months away but Bruce has pledged it  won’t affect the team’s approach against Irons or any other team.

The Tigers manager said on Sky ASports News: “It will be business as usual – nothing has changed. We have been in this position for six months.

“As far as I’m concerned it’s just a case of getting on with it but you have to respect the owner and his attitude towards the matter.”

And asked if the owner sounded like a man who wanted to sell up – and in a clear reference to the Mohamed Diame deal –  he declared: “If you look at transfer deadline day, they aren’t the actions of a man who wants to sell the club.”