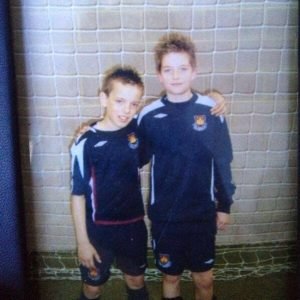 Reece Burke pens a heartfelt message to West Ham and fans thanking them for their support as he leaves the Hammers for Hull City in a £1.5m permanent transfer.

Burke posted on Twitter “To West Ham …I achieved my dream of playing in the Premier League for my boyhood club and scoring a winner in front of the home fans, that is a moment I will never ever forget. But I feel right now is the time I need to move on as a player to further my career. The club will always have a special place in my heart and I would like to thank everyone at West Ham and all of the fans that have supported me at my time at this amazing club.”

Meanwhile, West Ham posted a message on the club website saying  “Burke joined the Hammers at the age of nine, progressing through the ranks to make his first team debut aged 17 in January 2014.

He would go on to make 15 appearances in Claret & Blue – including five in the Premier League – as well as experiencing loan spells in League 1 with Bradford City and the Championship with both Wigan Athletic and Bolton Wanderers. Everyone at West Ham United would like to thank Reece for his services and wish him every success in his future career.”