Burnley captain and central defender Ben Mee has admitted that the Clarets had a hard time from the Hammers front three last night.

Michail Antonio, Jesse Lingard and Said Benrahma proved too much for Mee and his fellow Clarets defenders.

Antonio  was a huge threat to the Burnley defence alongside Fornals and Benrahma who both also had outstanding performances along with the rest of the team.

Lingard may not have been his usual effervescent self but he created enough trouble with the other two to have Mee admitting they often struggled against the exciting Irons trio.

Mee said: “We just didn’t quite do enough. We were huffing and puffing a bit and it didn’t drop for us. Their front three caused us problems.

“West Ham are fighting for the Champions League and that was the performance of a team pushing for the top four,” added goalkeeper Nick Pope.

“They are a good team. They have come back after narrowly avoiding the drop last year and they look a new team.

“You can tell by the points they’ve got on the board at this stage.”

Having reduced the gap on Chelsea to just three points and with an easier looking run in, the Champions Cup dream is within touching distance. 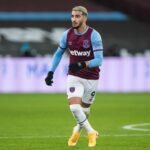 But should we make it, the team has to learn to hold onto the advantage throughout the 90 minutes as we still have a habit of allowing teams to fight their way back into games.

Having said that, the resilience of this Hammers team is something we have not seen for a very long time and we now need the strongest of finished to make sure dream becomes reality.