Business as usual for Hammers squad 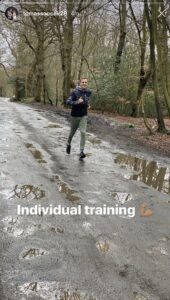 West Ham’s players will be kept in training over the next three weeks despite there being little chance of the Premier League resuming on April 3.

Whilst most players, club officials and coaching staff having accepted that the season may now be over, no chances will be taken in training.

With manager David Moyes in isolation as a precautionary measure players are carrying out individual training until Rush Green opens again after a deep clean, When full training does resume it is set to be taken by Alan Irvine and Kevin Nolan if Moyes is still in self-isolation.

There will be changes to the routines with the squad being kept fit rather than going through intensive operations.

Despite the game having entered previously uncharted territory clubs are continuing a business as usual agenda until Uefa makes its decisions on where the season goes from here – if anywhere!

A Hammers insider told ClaretandHugh by e-mail: “Whilst there remains a tiny chance of a return to action on April 3 we will keep things ticking over as far as training is concerned.”