Byram on the brink 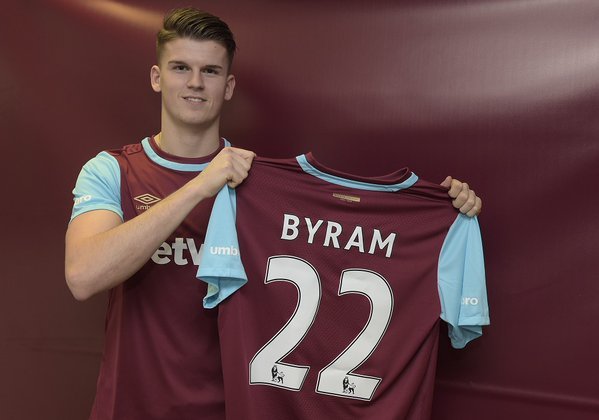 West Ham new boy Sam Byram will need to be on his very best behaviour until the start of the April.

The £3.8 million right back found himself back in the referee’s black book yesterday which leaves him staring at a two game suspension should he stray the wrong side of the law again.

He was booked on his debut and was once again guilty of a mistimed tackle during the second half at St Mary’s which had ref Mark Clattenberg reaching for a yellow card.

It all means that he’s now on nine yellow cards for the season and he is not clear of possible suspension until accumulated cards are waived on Sunday 2nd April.

Byram is of course unavailable for the Liverpool replay on Tuesday evening as he is cup-tied and thankfully the manager claimed that James Tomkins’ injury is only relatively minor and he should be ready to return quickly.

← Bilic: “We have to learn from our mistakes”
When patient football becomes pointless football →
Click Here for Comments >

5 comments on “Byram on the brink”