Posted by Sean Whetstone on October 24, 2016 in News, Whispers

Sunderland manager David Moyes moaned and groaned over the weekend that Calleri was in  an offside position in his opinion when the 94th minute goal was scored and his team were unlucky to lose at the London Stadium.

Moyes who has lost seven games on the trot told reporters: “The match official thinks it’s onside, I definitely think it’s offside. You could tell by his reaction, he walked towards the linesman, so he was aware there was a problem with it.”

Slaven Bilic disagreed with Moyes in his post match press interviews saying: “There was no offside, It is very difficult for referees. If you freeze the picture, Calleri’s boots are in a position that is not offside.”

Darren Lewis claims in the Daily Mirror that Moyes faces a possible FA charge after confronting referee Bobby Madley about his decision to award the goal. If the referee decides to include the alleged confrontation in his report Moyes could be in hot water.

Below is a freeze frame at the exact moment Winston Reid kicked the ball, Kouyate is offside but not inferring with play, however, Calleri is clearly onside. 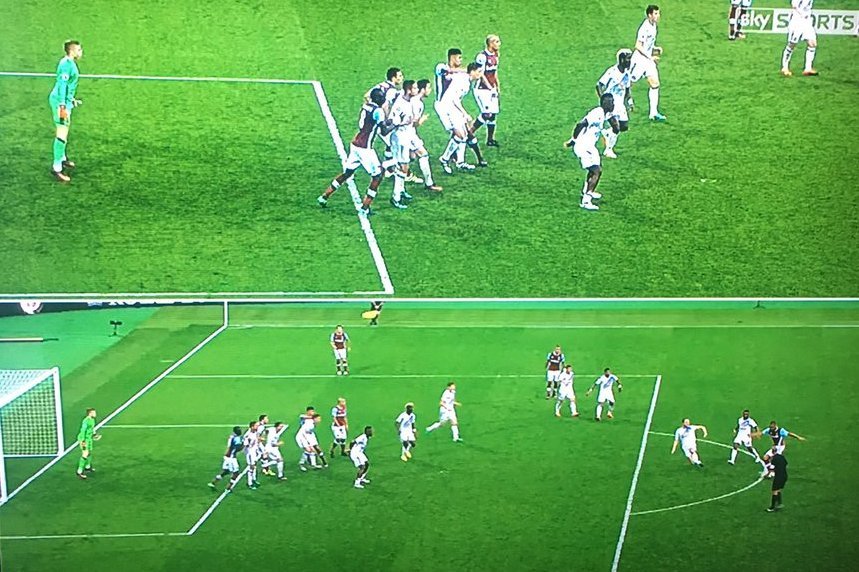