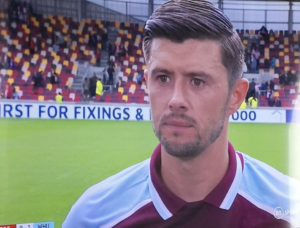 Cresswell may not be available

West Ham are likely to be without Aaron Cresswell for today’s game in Italy.

The left back was taken off at Cambridge for what were  believed to be precautionary reasons but in fact the problem is a tad more problematical.

ClaretandHugh understands that the 32 year old has a minor hamstring injury and is unlikely to be risked in the game.

There is zero chance of Kurt Zouma making the game as he us currently not training after surgery on his knee which has troubled him on and off since his Chelsea days.

We were told this morning that the hospital visit only amounted to “a knee wash out” but that he is likely to be back by mid January given that a four to six week recovery period.

Maxwel Cornet is reported to be very close to a return. However, whether the manager risks him today remains in the balance.