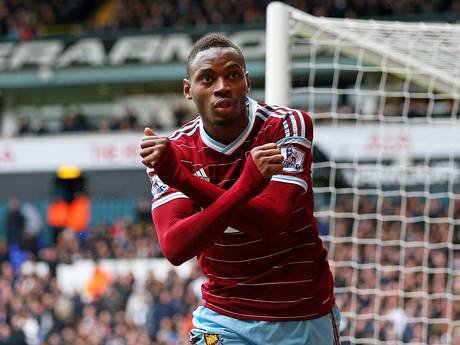 Diafra Sakho is set to return to action for the game against Everton next weekend.

Sakho was a big miss against Watford this afternoon but co chairman David Gold – speaking exclusively to ClaretandHugh – was keen to assure fans the striker was not suffering from a long term problem.

He told us: “It’s a minor problem he picked up on the training pitch and I’m certain he will be back for the match against Everton.

“He’s been playing brilliantly and it was a shame he had to miss but we are not a club to take chances on players fitness these days.”

Gold was disappointed at the defeat but said: “It was again a case of individual mistakes rather than anything else although we  accept that Watford were the better team on the day.

“There are always going to be those down matches but it’s important the manager and the team have the fans on their side in those circumstances.

“I’m going home. I’ll have a glass of wine, get over this quickly and move on to Everton next weekend expecting a good win.”