CandH Exclusive: Gold – “I won’t be driven out” 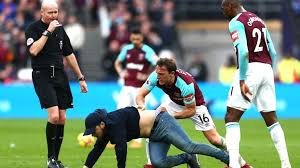 David Gold will not be driven out of West Ham.

My job on ClaretandHugh is to get news and reaction and this piece is a report of Gold’s feelings following the worst demonstration against him and the rest of the board we have seen.

If that means – as many want to believe that I am a board lackey and in their pay – carry on. What it really means is that I’m doing my best to keep the fans fully in the picture.

He has one reaction: “I’m going nowhere.”

He’s staying at West Ham United because he believes the majority of fans are fair minded people who do not believe in threatening and intimidating behaviour such as he faced this afternoon.

I asked him straight out whether today’s demonstration would see him quit and added: “I could hardly blame you if you did given the horrible behaviour of those fans.”

His response was immediate: “Yes but the vast majority are decent people whatever they may feel about us!”

He added: “We were mortified when we had to leave the box – it’s unreal to hear these people saying we have stolen money and that we are liars and cheats. It’s all so wrong.

“It’s not as though they are pointing at a specific issue – they are all generalisations and simply not true.

“I have no objection whatsoever to those who don’t like the way we run the club. Many of them are very decent people who argue their case passionately and intelligently – that’s fine.

“But I will never be driven away from anything by the behaviour I saw today. It won’t happen because of all the decent fans out there.”

← Moyes calls for a united Irons front
The ratings “expert ” is back! →
Click Here for Comments >