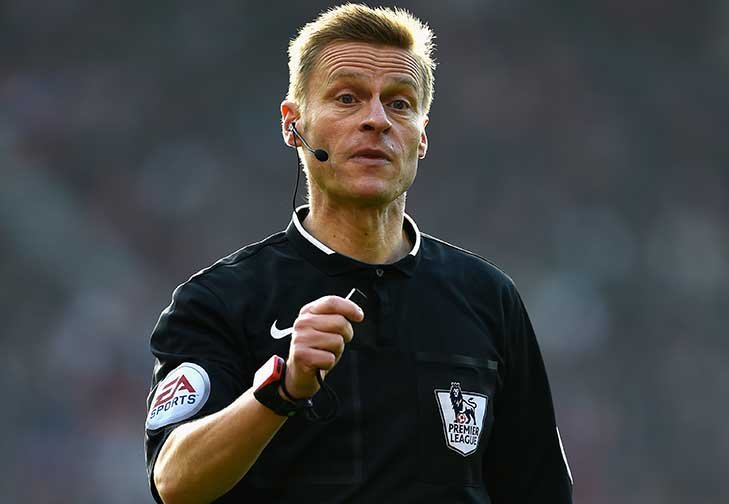 Mike Jones has been appointed the referee in charge of tomorrow’s game against West Brom with Assistant Refs named as Simon Beck and Andy Garratt . Neil Swarbrick is fourth official.

He took in 40 matches in 2015-16 and in those games, across all competitions and football divisions, he handed out a total of 131 yellow cards and three red cards.

He was most card happy in the match between Crystal Palace and Bournemouth on February 2 with a total of seven yellow cards shown.

← Fans react to Ayew swap report: “Tomorrow would be good”
Mawson…Shelvey and the Oxford conundrum →
Click Here for Comments >