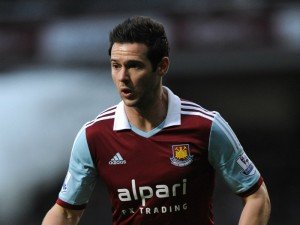 Matt Jarvis is set to stay at Upton Park despite Cardiff City’s attempts to take him to the club on loan.

The Hammers have reacted to stories linking him with the club making it clear that as things stand the winger will stay where he is.

A source told ClaretandHugh: “It’s correct that Cardiff have asked to take him but the terms aren’t good enough for us to do the deal.

“Cardiff want to pay half his wages but that made zero sense to us given that we could be left short on numbers at some stage.”

However should the Welsh club to come back with an improved offer a deal could still be done but that doesn’t look likely.