Cards on the table – the West Ham crisis!

Ok let’s put it out there, clear the decks and put some cards on the table!

There is only one show in town at West Ham United right now – fury against the board and the march organised by the Real West Ham Fans Action Group on March 10. 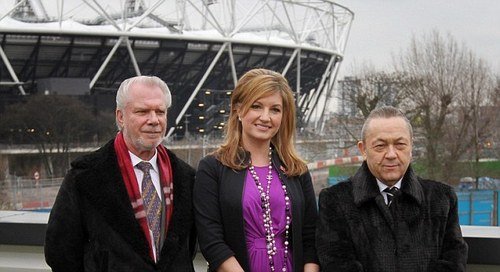 Let’s make it clear! In a democratic society the right to protest is a total and absolute right and  such an ethic should receive total support.

It is also absolutely correct that when people are frustrated and angry the need to make their voices heard is essential – that is fine. No issue whatsoever.

And without any question  the West Ham board of directors perhaps need to be shocked into some kind of action which hopefully will help them correct several issues which have inflamed opinion against them.

They could have defused the need for a march some while ago by taking various actions and that is another error of thinking which can be added to a growing list.

I spoke to a good friend last night on another site who is furious at the board like many others and I can’t disagree with a number of the complaints he mentioned.

But like many others I have spoken to, when I asked him what solution he wanted, he was confused which surprised me as I thought it was simply about getting the board out. End of story!

He explained that some humility and an apology from the club would go a long way with many, which frankly left me open mouthed with amazement as I think the fans anger goes much deeper than that.

I am speaking totally from a personal point of view in this blog as others around CandH hold different views and it would therefore be wrong to include them in anything written here.

Personally I believe the vast majority of fans want the board out and I understand their frustration and anger but there’s a massive problem inherent in that.

For even if it were possible for them to just go – which I don’t think it is given they are the owners – what would happen should they just up and walk away taking their money and that loaned to the club with them?

All I can see from that course of action is that we would very quickly become Portsmouth – a position we were heading towards under the Icelandics.

Where do I stand? What do I want to happen?.. several things!

1 For David Sullivan to step back immediately as de facto director of football and appoint an experienced football person to do the job.

3 For the board to remain silent publicly with members of their families -‘seen but not heard’ are the words that spring to mind unless and until a situation arises that demands a statement.

4 For apologies to be issued for past errors – premium telephone lines, overselling the stadium to the point of absurdity, the constant reminders we are going to the next level by buying players we clearly can’t afford etc.

5 For Karren Brady to be thanked for her efforts and handed a P45 after a series of humongous gaffes in her puerile Sun column along along with her requirement to hold any number of jobs which dilute any worth she may have to West Ham.

6 A specific apology before she leaves over the ridiculous promises made over the stadium.

7 I would not be opposed either to the club being put on the market to test the regularly stated belief there is no one out there to pay the  price which may be required.

This has been an easy blog to write. Personal positions are easily defined… answers are much harder to find but for the good of this great club, they must be.

The club comes before anything and anybody!

22 comments on “Cards on the table – the West Ham crisis!”