Posted by Sean Whetstone on January 8, 2015 in Whispers

Andy Carroll posted  photographic evidence of a new injury to his thousands of followers on Instagram today.

Despite having state of art medical facilities and staff at West Ham it was left to the future Mrs Carroll to make a home made plaster for the £16m striker.

Neither his little finger or the ankle problem which saw him miss the Third Round FA Cup Tie at Everton will keep him out of the game at Swansea this weekend!

ClaretandHugh was told: “He’ll be fine – the knock he took in training which kept him out of the Everton game was very minor.” 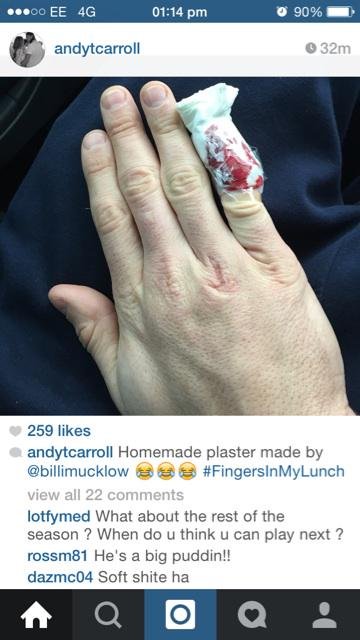 2 comments on “Carroll OK for Swans clash despite new injury!”