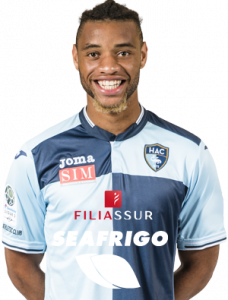 The 20-year-old former France U18 international  has interest from Burnley, Crystal Palace, Brighton and Derby County but the Daily Mail claim that the Hammers have also opened talks.

Manuel Pellegrini is said to be happy with his centre backs of Issa Diop, Angelo Ogbonna, Fabian Balbuena and Declan Rice and has no need for another centre back.

Pellegrini would like to re-enforce the defensive position but is struggling to land his transfer targets and could consider a loan of Ignacio Camacho or Stefano Sturaro but he could end up making do with Noble, Wilshere and Obiang with Rice, Zabeleta and Cullen as cover.

He remains in the market for a backup striker to replace Hugill who is currently suffering from a twisted knee but could go out on loan before Thursday. One surprise emergency striker could end up as free agent Bernard who can also play a Lanzini type role.

2 comments on “Centre back addition unlikely”