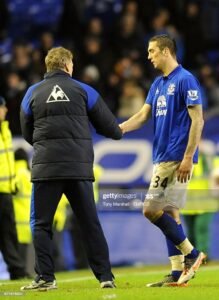 The 28-year-old was first linked to West Ham ITK ExWHUemployee last week on the West Ham Way podcast and later by the The Irish Independent.

The Irishman made 19 Premier League appearances for the Seagulls this season, scoring one goal in the process. David Moyes knows the Brighton defender well, having worked with the 28-year-old during their time together at Everton.

A report Page 46 of The Daily Mirror paper  Tuesday edition suggests the defender will cost the London club around £10 million.

David Moyes appears to have add more fuel to the rumour today by saying he need a couple of experienced players singling out the centre back position in particular.

He told Ken Dyer in the Evening Standard “We’re trying to bring in a younger group but we will also need a couple of experienced players. Central defenders are usually better when they’re more experienced.”

Moyes also confirmed he wants to strengthen in defence adding “We would like to strengthen in a lot of areas. We’re lacking in defensive cover. We’re also looking to see who could move on, because that could change the direction we take during the transfer window.”