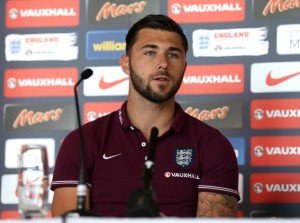 Southampton’s Charlie Austin is racing to be fit for his first game in 16 against West Ham on Saturday.

Austin remains the club’s six-goal top-scorer despite his long absence from action with a hamstring injury but is now back in action and hoping to play some part in the London Stadium clash.

Injury-prone Austin has been missing since and, although a kind of Saints Andy Carroll, is top scorer for the club in the last two seasons.

Hughes has made it clear he wants to Austin playing at at West Ham but he needs to prove his fitness over the next four days in training.