Posted by Sean Whetstone on August 4, 2017 in News, Whispers 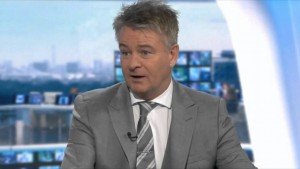 Former Arsenal player Charlie Nicholas has given his verdict on the season ahead for the Hammers.

Nicholas told Sky Sports: “Well Slaven Bilic has gone for more of ready-made summer signings. Robert Snodgrass didn’t really fit in and neither did Jose Fonte but he’s gone with the same approach with Hernandez, Zabaleta, Arnautovic and Hart. Hart is a big bonus. There were a lot of mistakes at the back and if he can get them organised then they’ll improve a lot, but I do think they need somebody else at the back, they can’t keep relying on James Collins to come in.”

Asked Which of their players are you most excited about watching?

CN: What is it that’s going to make the big difference to West Ham? For me, it is Hart. A goalkeeper who is used to challenging for titles is a big boost for them. Against the bigger teams he’ll make a big difference, when the big saves are there to make. He’ll be relishing those games.

Chicharito could score a lot of goals if they create enough chances, but that’s a big ‘if’, especially with Manuel Lanzini being too inconsistent.

Start supporting Claret and Hugh today Claret & Hugh’s team of creators work with passion and pride to bring you the quality of content that keeps you coming back for more. Support for our creators, however big or small, will help us keep your Hammers content fresh, frequent and loyal to the club. £5 per month £10 per month £20 per month £50 per year
What are the challenges facing the manager this season?

CN: He can’t afford another season like last one. Too many things went wrong and the club will demand more order this time round.

What are their strengths?

CN: I think the strength will be what they had to go through last season. The change of the stadium, the defensive sloppiness, the tough decisions which Bilic had to make.

22 comments on “Charlie Nicholas preview: ‘Lanzini is too inconsistent’”