Chelsea fan Janice Helliwell has posted on CandH why she doesn’t believe her club will move for  Irons defensive midfielder Declan Rice . It makes an interesting read! 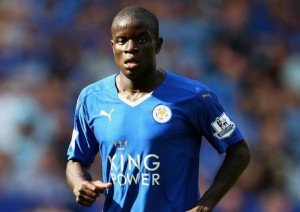 Chelsea fan op here: I can’t see Chelsea having a great need for Rice or, for that matter, anyone else in his position this summer.

Chelsea are as likely as any to have the cash, even if the quote is way too high imho, but do not have the need to push through an expensive deal in midfield where they are well covered.

With Kova, Kante, RLC, Jorgi, Gilmour, Barkley, Mount and possibly Gallagher all after places in a midfield three purchases are more likely at LB, CF, GK and another winger or inside forward.

Even if Chelsea sell Jorginho I see us as overstocked in CM and getting real issues solved makes way more sense than re-signing Rice.

He looks a decent player but will be worth more to West Ham than to Chelsea and I see Arsenal needing him most but unable to find the buy.

2 comments on “Chelsea fan: Why we don’t need Declan”