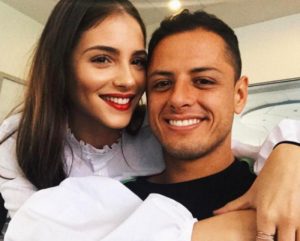 Hammer Javier Hernandez has split with his long-term girlfriend Andrea Duro but has denied dating a Mexican model.

Fed out with rumours Hernandez took to Instagram himself overnight to deny the Mexican model rumour by saying:  “I am still single … end of the statement ” but admitted his split from the Spanish actress by posting “Chicharito” confirms that the intense courtship that began with Andrea Duro a year ago has come to an end.”

The Striker is preparing to face Brazil on Monday as Mexico progressed into the final 16 of the World Cup in Russia.