City need to break habit of a lifetime to sign Declan

Posted by Dave Langton on June 7, 2021 in Blogs, Whispers

Man City will have to beat their transfer record by more than £40m if they are to sign Declan Rice this summer!

Our northern man Terry Robbins has confirmed that Pep Guardiola is a big fan of the Hammers midfielder, even comparing him with Barcelona icon Sergio Busquets. 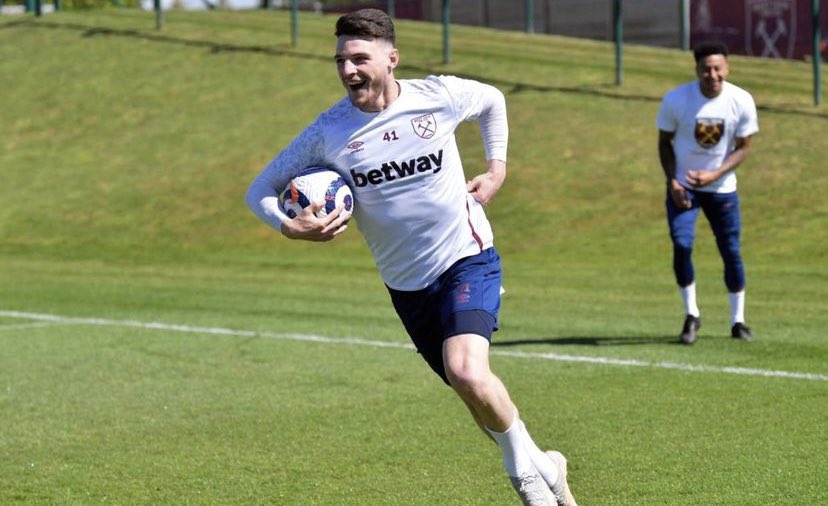 City seem primed for a huge spending spree if the tabloids are to be believed, with moves for Harry Kane and Jack Grealish also mooted.

But the fact is, in a COVID world, City breaking the bank is all the more unlikely!

They have never spent over £60m on a single player, splashing out when they signed Riyad Mahrez from Leicester back in 2018.

The Algeria international is still their club record buy and it remains to be seen if they would be willing to smash through that barrier to bring a new defensive midfielder to the club, as good as Rice is!

We know the Irons value Declan at £100m AT LEAST and that City would have to come to the table with some serious cash to prise him away.

It isn’t in their model to spend too big, least of all when there simply isn’t a massive amount of money about.

Given their transfer targets, too, we’re sceptical as to whether a huge amount of Pep’s budget would be blown on bringing the Iron to the Etihad.

We could well be wrong, of course, but it would take City breaking their habit to prove us so!