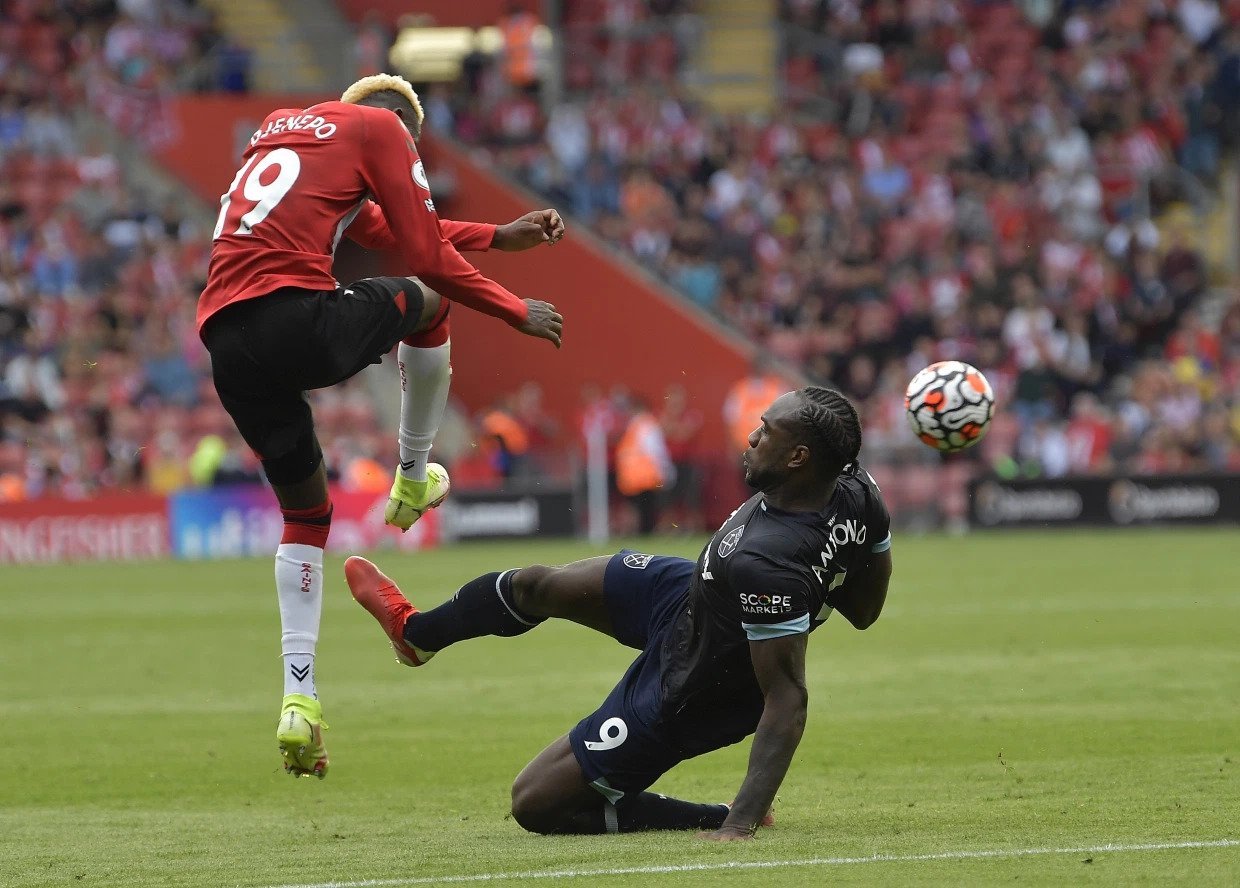 Southampton have proved just how hard they can be to beat by holding Premier League champions to a 0-0 draw this afternoon.

City could not find a way through a resolute Saints side and ended up fortunate to get a draw despite the noisy backing of the home fans at Etihad Stadium.

City, who did not manage a single shot on target until the 90th minute.

The visitors were awarded a penalty on the hour mark when Kyle Walker was sent off for bundling Adam Armstrong over in the box, but both decisions were overturned when VAR intervened and referee Jon Moss watched replays of the incident.

Saints remain winless after sharing the points for the fourth time in five league games, while the draw leaves City in third three points behind leaders Liverpool.

West Ham remains in eighth place on 8 points now five points behind Liverpool but with a game in hand.