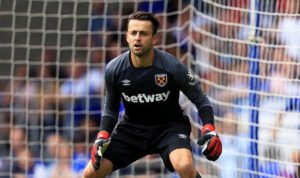 With Hugh away for a few days Sean gives out the player ratings for tonight’s 2-0 loss against Liverpool at the London Stadium.

I am marking Issa Diop down for conceding the penalty, not his best game so a 5

Poor performances from Manuel Lanzini, Sebastien Haller, Mark Noble and Pablo Fornals I have downgraded all of them to a 4