Posted by Sean Whetstone on April 6, 2016 in News, Whispers 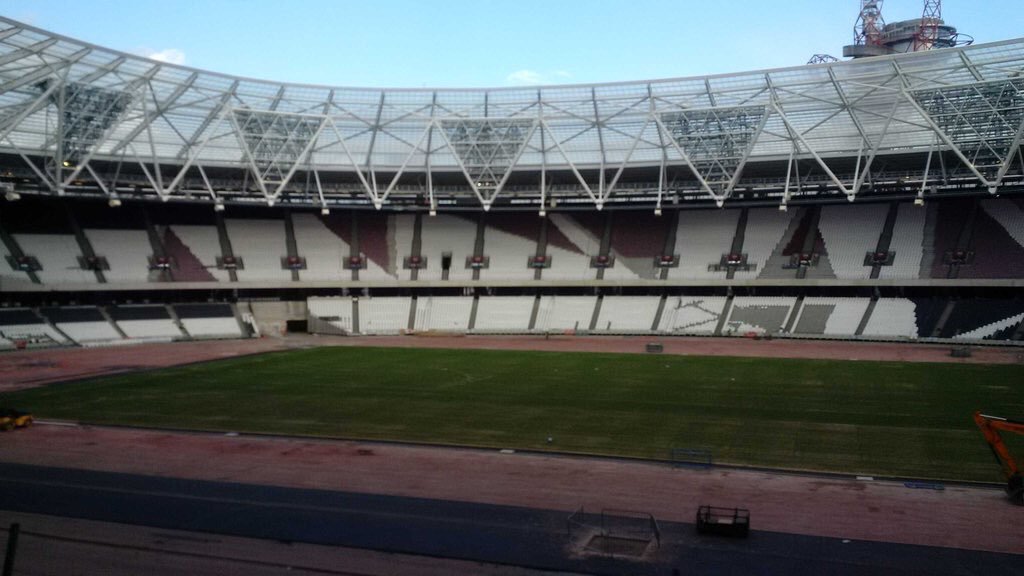 This latest photo from inside the former Olympic Stadium shows works are progressing in adding thousands of Claret seats in the London 2012 shard pattern to replace the previous black seats.

Claret and Hugh understands that West Ham is footing the multi-million pound bill to swap out the seats.  The new Claret and Blue seats will make a a huge crossed hammers symbol and spell out the words ‘West Ham’. The final cost of replacing these black seats is thought to be as high as £3 million. We  understand that the cost of swapping out these seats will be partially funded from selling  Champions Place personalised engraved granite stones. The Hammers are offering engraved stones to supporters at £60, £99 and £499 for Hammers fans as gifts or memorials.