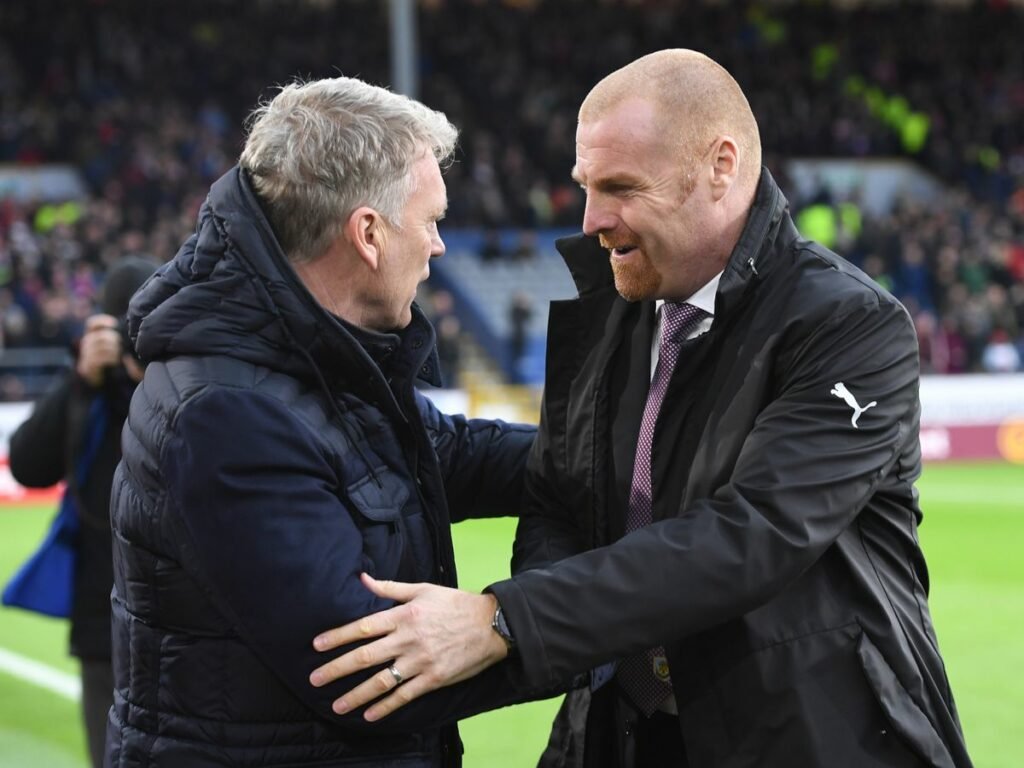 Burnley have three injury worries as they prepare for the visit of the Irons on Sunday.

And manager Sean Dyche admits he will have to be cautious on his team selection given the club have three games within the next six days.

Winger Maxwel Cornet has trained away from the team this week after suffering a thigh strain in the 1-0 defeat against Newcastle  at St James’s Park.

The injury isn’t thought to be anything long-term, but Sunday’s fixture may come to soon for the Clarets’ leading scorer.

Skipper Ben Mee, meanwhile, has been involved in some ‘light training’ sessions at Gawthorpe as he

“We are waiting to see on Maxwel, an outside chance I would say,” said boss Sean Dyche.

“More so with Maxwel because it is a muscle injury,” said Dyche.

“Ben has hurt his shoulder and it is a sore one whereas Maxwel is a thigh. We will have to be more cautious with Maxwel, Ben with his shoulder you can be a bit more open minded.

“Things are going well and in our favour, I am not thinking anything other than pretty quick for both players.”

Connor Roberts is also expected to miss out on Sunday after being absent for much of the week with illness while striker Ashley Barnes remains sidelined.

The Hammers meanwhile will of course be without both Ben Johnson, Angelo Ogbonna and Kurt Zouma and a late decision will be made on Aaron Cresswell’s involvement.

And Claret and Hugh is going doe a 2-1 away win.