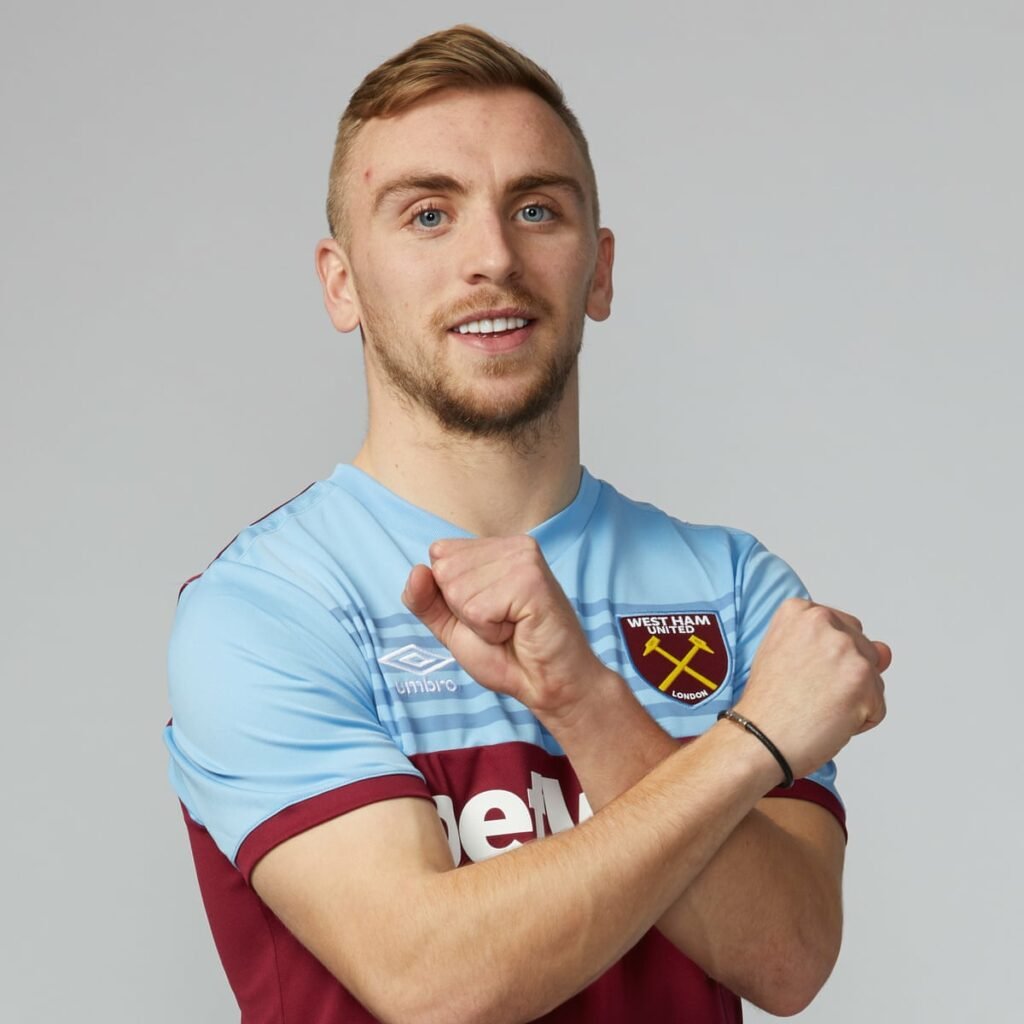 After a quiet first half the former Hull man – who has improved so rapidly under David Moyes – was on the case and really made the opposition suffer.

At around £20 million he was a brilliant buy and Gareth Southgate must surely see him as a potential World Cup player which would take out Three Lions compliment to two with Declan.

Find one more and we could even become World Cup winner – after all history dictates that it takes three. LOL.

However Jarrod was far more concerned about the Irons and their latest victory this evening in a game which saw them go up a gear after a slow beginning.

After the game he told www.whufc.com: “It was difficult at times. We had a lot of the ball and it was just a case of keep plugging away, and with the goal we got a slice of luck. But it happens and we’re happy with the three points.”

Bowen now has eleven goals in all competitions, as well as ten assists, and the 25-year-old’s decision to shoot after collecting a pass from Manuel Lanzini on 68 minutes paid dividends for the Irons.

Reflecting on the finish, he continued: “Manu played the ball through and I had a bit of space, and it was just driving. I thought ‘if you don’t shoot then you don’t score’, so I got the shot and got the deflection. Thankfully it wrong-footed the goalkeeper and it went in.”

“Then it’s the little developments to my game and not just whipping the ball about, but get at the goal and come in-between the lines and into the little pockets of space. It’s just different things and I’m learning about the game each day from the manager.”

“We know how important tonight was. It was an ugly game; a hard-fought game to get the three points. We’ve got a lot of games coming up between now and March and the international break. We need to take each game as it comes to take maximum points.”

← Moyes explains Zouma’s not out of the woods
Zoumagate: Moyes and players “all disappointed” →
Click Here for Comments >