Club comes together in honour of a great man 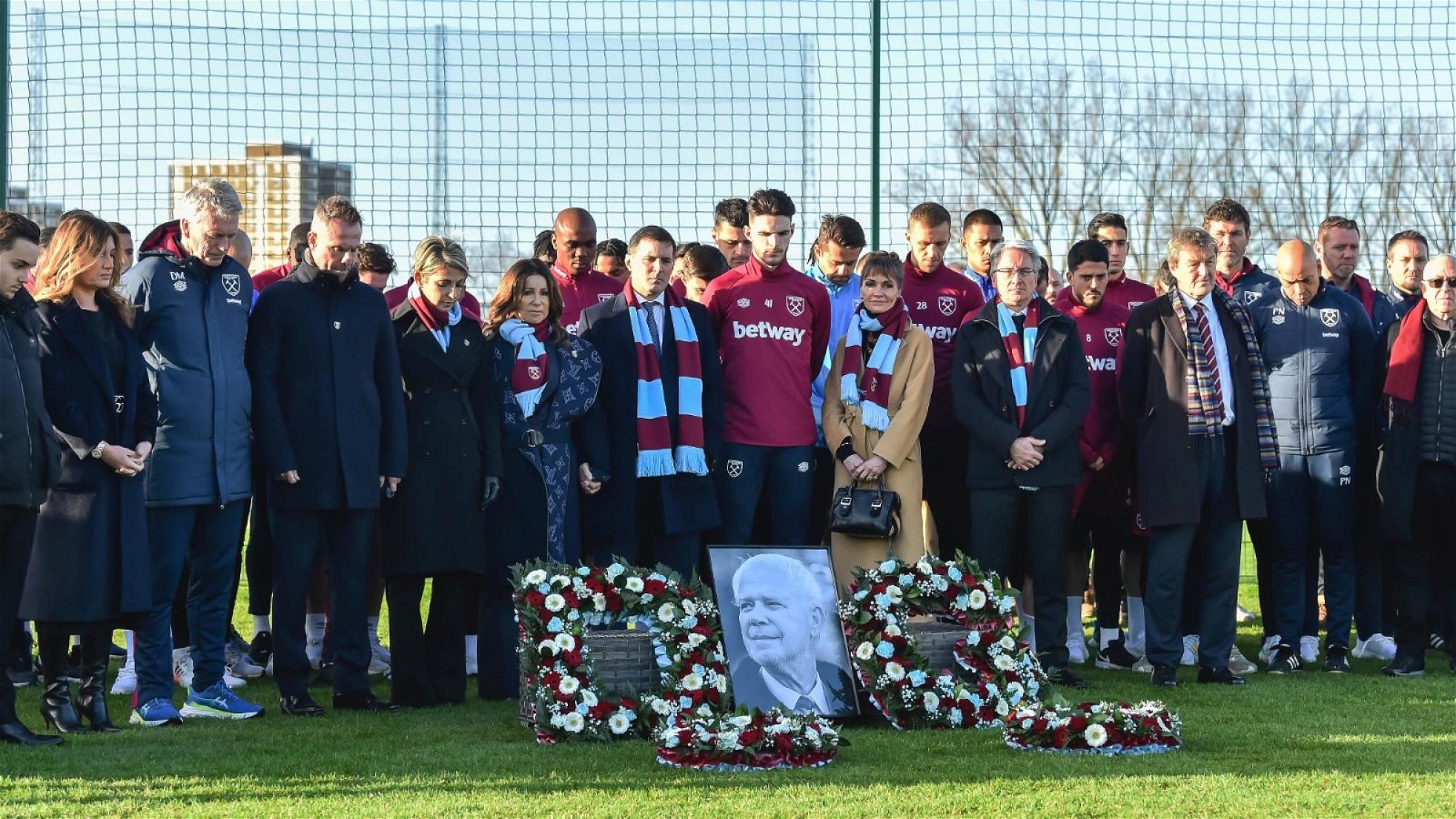 The West Ham United family came together for a moment of reflection in memory of our beloved, late Joint-Chairman David Gold yesterday.

It came precisely a week to the day of David’s passing!

Both daughters. Jacqueline and Vanessa, his fiancée Lesley, and other members of the Gold family joined Vice-Chairman Baroness Brady and members of the West Ham United Board, Sir Trevor Brooking, manager David Moyes, and the men’s first-team and Under-21 players, coaches and staff at Rush Green.

Academy and Women’s team players, coaches and staff gathered together at Chadwell Heath, staff at London Stadium congregated pitchside, while staff at the West Ham United Foundation headquarters in Beckton and the Club’s stores at Lakeside, Romford and Basildon also took time to reflect on David Gold’s unique life and career.

Once again we at ClaretandHugh remember a great man who will be sorely missed by all who respect decency and dignity. David had both in spades.

He would have been at Molineux this weekend before his various illness which had followed him since Covid but at no stage did he mention them publicly.

When I asked him on one occasion why why he hadn’t told me he had been covid infected two or three times he explained that given I suffer from asthma, and COPD he hadn’t considered it appropriate.

That was David – others first, himself second. He will never be forgotten by so many and it was entirely APPROPRIATE that he should have been remembered by the club seven days on.

He truly was one of the best and ignored the social media bullying by a few as best he could, We thank him again for pouring his hard earned cash into this great club and for the dignity he brought to it in what was often an ambassadorial role.