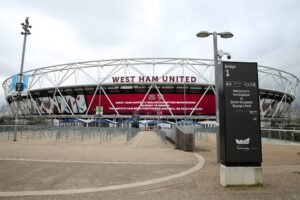 Season ticket holders concerned that the original e-ticket for the match against Norwich have expired have been told by the club not to worry.

The West Ham Ticket office have made it clear to Claretandhugh this morning that the original ticket sent for the game will be accepted tomorrow night (Wednesday).

Several supporters had contacted us worries that they hadn’t received tickets for the match and that the original was among their expired cards.

As a result there were come concerns that they would be unable to gain entry to the game. However, the Ticket office made it clear when we contacted them that the previous tickets issued for the game would be valid.

Tomorrow night’s game kicks off at 7.45pm and gives th team a chance of moving above rsdenal into fourth position with 37 points.

So that’s the first objective wee usually need to worry about out of the way- relegation avoided. 🙂

← Unlucky Byram may be back but no sign of Hugill!
Strange Lingard decision →
Click Here for Comments >