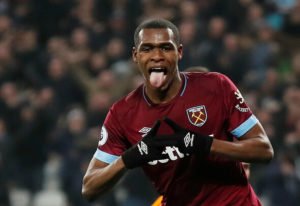 A senior club insider has rubbished reports Issa Diop wants out of West Ham this summer.

A report by TeamTalk this Sunday claimed the French man had told the club he wants out but this is simply not true.

A club insider speaking exclusively to Claret and Hugh via Email said the player had made no such request and there has been no enquiry or bid for 23-year-old.

The central defender who was bought for £22m from Toulouse in June 2018 has been the subject of many reports suggesting moves to Spurs, Manchester United and Arsenal to name but a few.

Beyond the public remark made by Jose Mourinho praising the player and the scout who found him there has been no solid interest.

The insider added that if players are unhappy in the summer and the club gets a bid that works they would let them go but insisted they had no reason to believe Diop was unhappy.