Coach could be set for exit

Posted by Dave Langton on November 13, 2022 in News, Whispers

Hammers coach Kevin Keen could be set to leave the club.

The Sun reports on Sunday that he is on the shortlist to become the new Crawley Town boss. 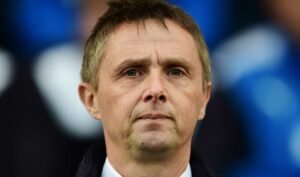 He managed Colchester United for the 2015/16 season but returned to the Irons in 2019 and has been working with the U18 side at the club.

And it now appears that he could get another crack at management in the lower leagues.

Kevin Betsy left Crawley last month and they are currently 18th in League Two, having won just four of their first 17 games of the season.

It remains to be seen if the Hammers youth coach will be approached but it appears Crawley are keen and could ask the Irons for permission to speak to him during the international break.