The Hammers star has  struggled for minutes under the management of David Moyes thus far this season. 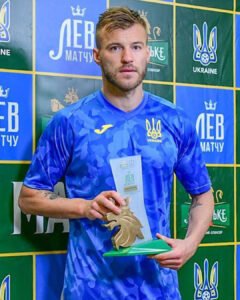 He has made eight Premier League appearances but they have totalled just 52 minutes in total.

The 32-year-old has played 19 minutes in the last seven games, and has been on the bench in the last three fixtures against Manchester City, Brighton, and Chelsea.

He has been linked with a potential move away from the Hammers in the January transfer window, with Genoa reportedly interested in taking him out of east London.

Genoa are now managed by former Ukraine international striker Andriy Shevchenko, and are reportedly interested in a deal to sign him.

And Petrakov now claims that the Hammers winger is keen to make an exit from the London Stadium when the window opens next month.

Speaking to iSport, as per KUMB, he said: “The coach does not play him.

“Andriy is a very serious person. When I asked him for the first time why he didn’t play for his club, he told me that there was a window coming up and that he asked to play for the Under 23s.

“A man with such experience is not shy and is happy to play with the youngsters – but I can’t call Moyes and ask why Andrei isn’t playing as it’s none of my business. I can’t interfere in club affairs.”