Posted by Dave Langton on February 27, 2018 in News, Whispers

James Collins insists West Ham will pick up points from the upcoming clashes with Swansea and Burnley.

The Hammers travel to Wales this weekend aware that a victory will move them six points clear of the relegation zone, before hosting the Clarets at the London Stadium the following week. 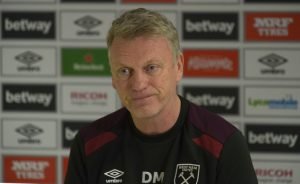 And Collins is confident that he and his team-mates have the momentum needed to put together two victories, despite last weekend’s 4-1 loss to Liverpool.

Collins told the club’s official website: “We’re going to have to go to Swansea and then host Burnley in the next couple of weeks and pick up our points from those games.

“I said to the boys in the dressing room that we cannot dwell on what happened at Liverpool, as better teams than us have gone to Anfield and been steamrolled, so we’ve got to look at the video, look at what we did right and what we did wrong and move on to a huge game in Wales on Saturday.

“Morale in the camp is good. We had a good result against Watford and then a couple of weeks of good training, so spirits are high. We’ve got some great characters in that dressing room and we need to focus on Swansea, go there and get a good result.”